If you like skulls and flowers, this pattern is for you! The skull is based on the beautiful design by Julie de Graag:

Julie de Graag (1877-1924) is a female Dutch graphic artist and painter, whose life was ridden by personal tragedies and culminated in suicide. In 1904, she moved to Laren, the Netherlands, where she began to use a more stylized style under the influence of the sculptor Joseph Mendes da Costa and the painter Bart van der Leck . Her home burned down completely on New Year’s night 1908, with much of her work being lost. In addition to her work as an artist, she gave drawing lessons a few hours a week at a girls’ school in Utrecht. Her health condition was constantly fragile and she therefore often stayed with her parents in Hague. In the early 1920s, she declined both physically and mentally and had to stop teaching. This was reflected in the theme of her work, which became increasingly morbid. Julie de Graag committed suicide at the age of 46.

I hope that you will appreciate her work. Enjoy this chart! 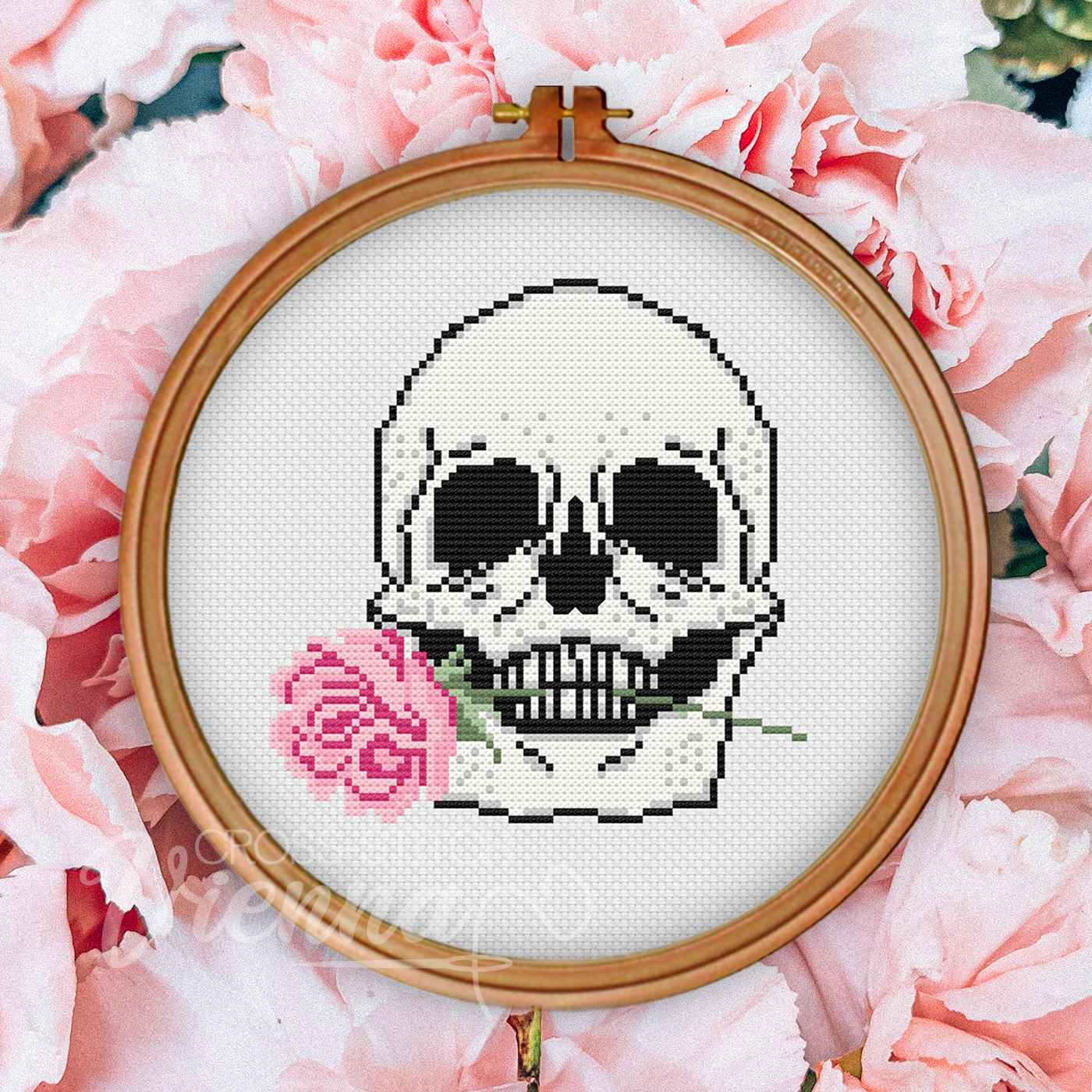 Flirting with death is, well, deadly.

All patterns offered here are made by me and are available completely free of charge. However, if you would like to support this website ( buy me a coffee as a thank you ), you can donate to CSV via Ko-fi.