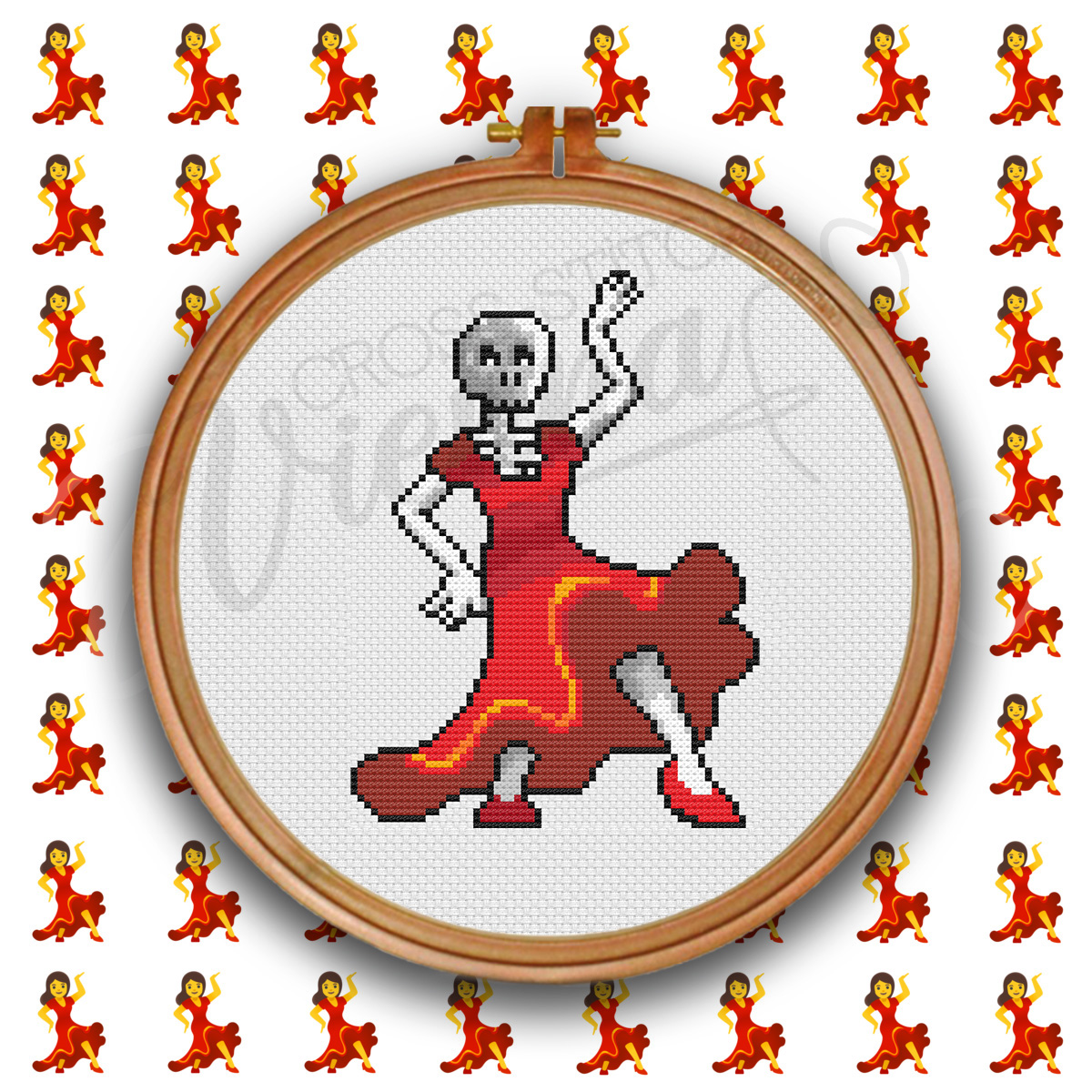 We all dance the Totentanz.

“The Danse Macabre (from the French language), also called the Dance of Death or Totentanz in German is an artistic genre of allegory of the Late Middle Ages on the universality of death: no matter one’s station in life, the Danse Macabre unites all.

The Danse Macabre consists of the dead or a personification of death summoning representatives from all walks of life to dance along to the grave, typically with a pope, emperor, king, child, and laborer. It was produced as memento mori, to remind people of the fragility of their lives and how vain were the glories of earthly life. Its origins are postulated from illustrated sermon texts; the earliest recorded visual scheme was a now-lost mural at Holy Innocents’ Cemetery in Paris dating from 1424 to 1425.” Source: Wikipedia.

The pattern is designed on 14 Count Aida Fabric size.

The higher the Aida fabric’s count (stitches per inch), the smaller the final pattern.

How to read the chart table:

No. indicates the total number of stitches for each floss colour.

Length indicates how many skeins (one skein = one bundle of six-strand embroidery floss) you need for the design.

Strands indicate the number of strands of the floss used for the design. Typically, you use two.

My designs cannot be sold or distributed on platforms other than crossstitchvienna.at without my explicit permission. I own the copyright to the design and I do not permit any use, reproduction, re-publishing, or any type of exploitation of my designs without my consent. 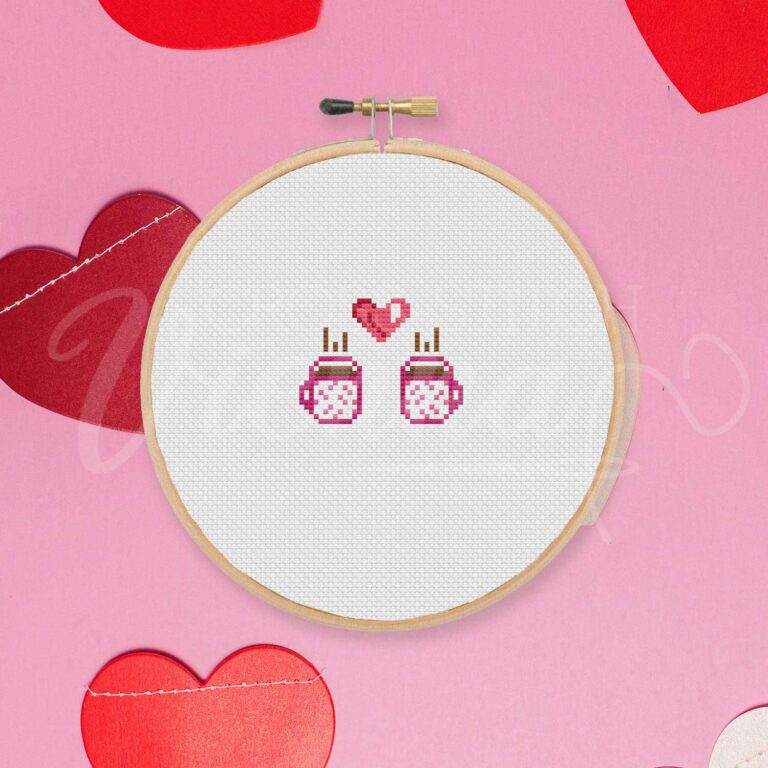 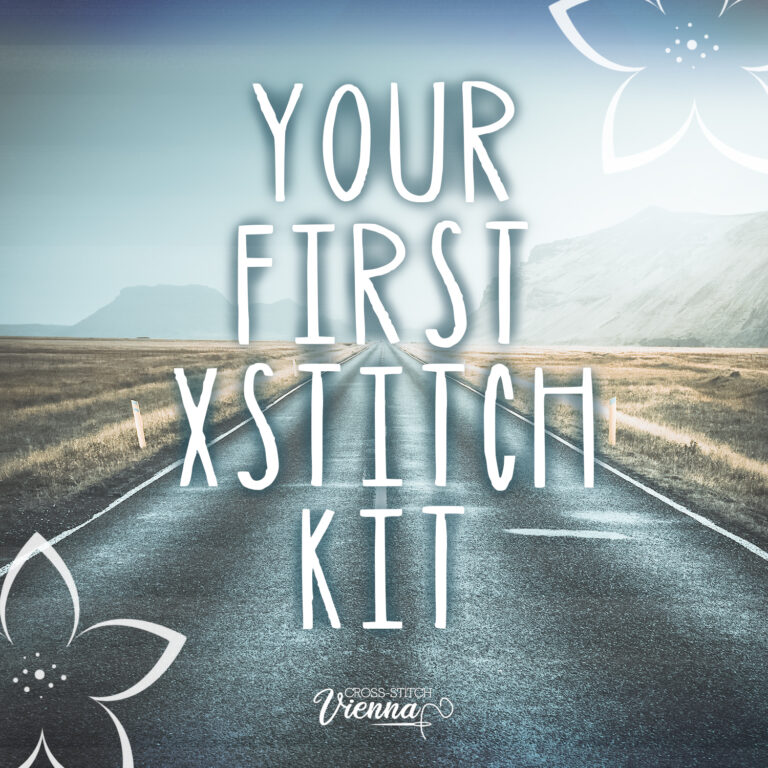 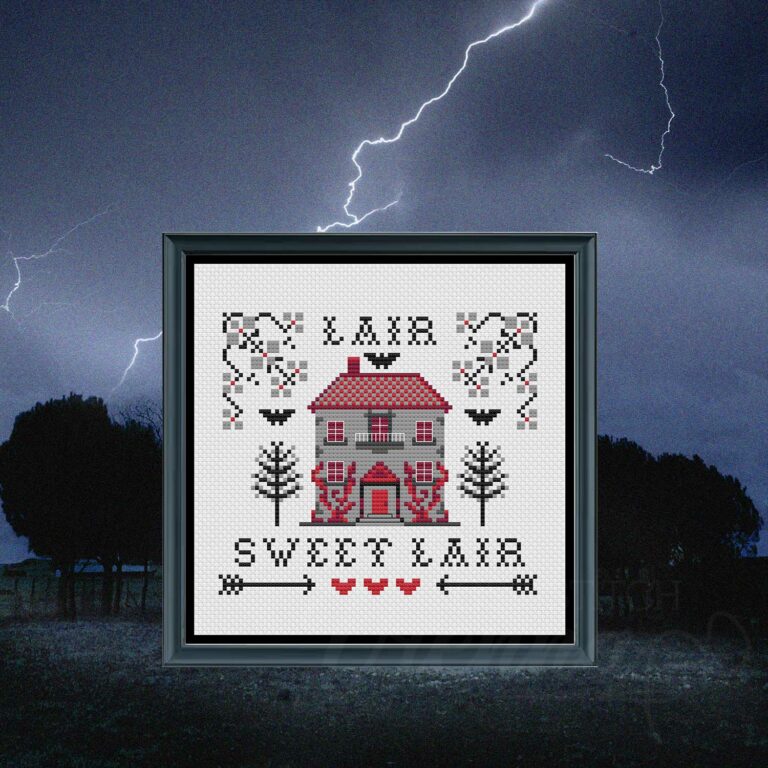 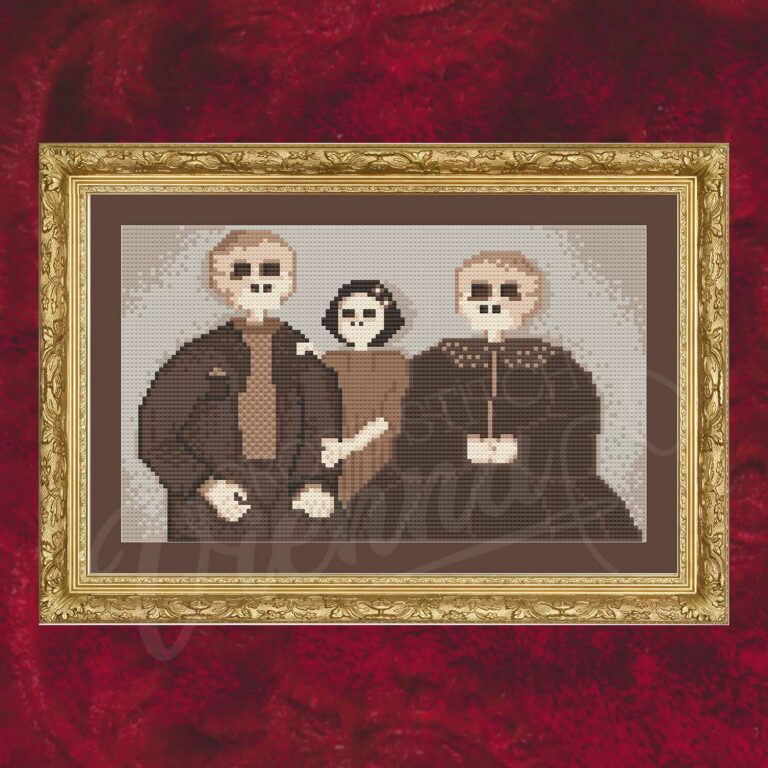 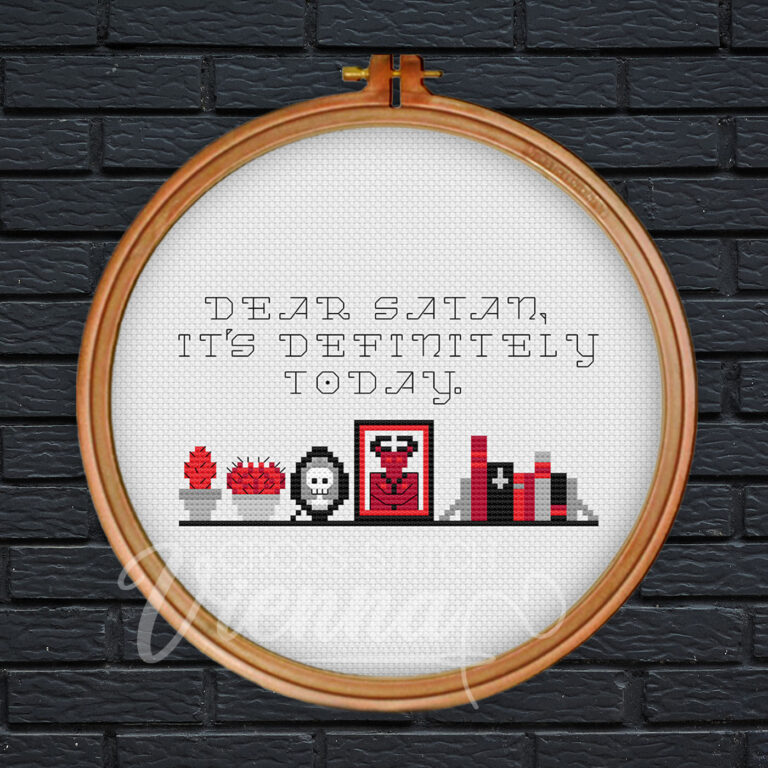 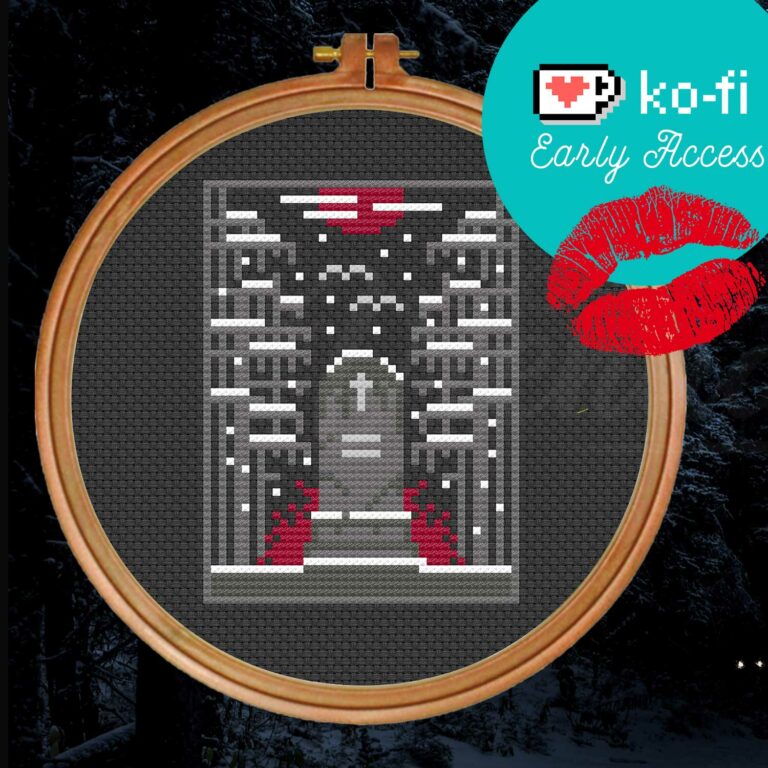