FREE MODERN CROSS-STITCH PATTERNS FOR THE WICKED ONES 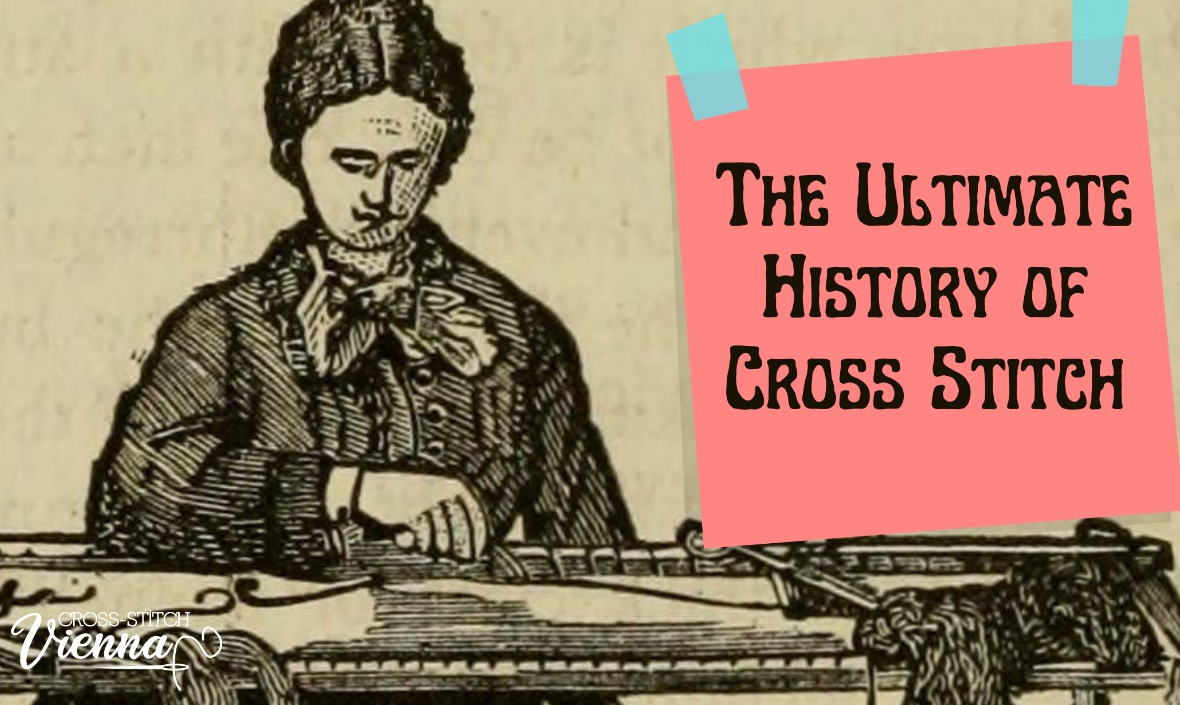 Can I firstly say you don’t have to be old to do cross stitch? Get that thought out of your head. And if you are old, then welcome too.

Dating back to the middle ages – cross-stitching is lauded as the longest-standing form of embroidery. Nowadays, thousands of people worldwide enjoy this artform, creating stunning pieces of diagonally crossed intersections and horizontal and vertical threads of fabric. Canvas type fabric reinvented, transformed and stitched into something entirely new. This art form is not only exciting – it has a deep history worth investigating. Where does cross-stitching come from, and when was cross-stitching invented?

I will examine the history of cross-stitching, covering its invention and current fascination. Stick around for some juicy info.

The ultimate history of cross stitching

Where was cross stitch invented?

It’s tough to know the exact history because it was YEARS ago, but I’ll give it a shot. Cross stitching built its roots dating back to the Tang dynasty in China (618-906 AD). Western traders would visit the country in awe of the style of artwork. These same westerners replicated the type with some of the most famous embroideries – the Bayeux tapestry depicting the Norman invasion of England in 1066.

In addition to this, the Moors of Spain (756-1492) popularised the blackwork technique. This is thought to have influenced the development of modern cross-stitch. White linen and geometric lines are a signature facet of the style and made its way to England in the sixteenth century by Catherine of Aragon, the Spanish first wife of Henry VIII (poor girl).

When printing began in Europe, the rise of embroidery included pattern books and blackwork. Coloured powder was used to help create the wonderful artwork.

Who invented cross stitch as we know it today?

While many examples of clothing decorated with cross-stitch originating from Europe and Asia – it begs the question of who invented cross stitch as we know it today?

English girl Jane Bostocke created the first known cross stitch sampler in 1598 – depicting and celebrating the birth of a child, Alice Lee, in 1596. The child was her cousin, and the artwork has a range of patterns and randomly placed motifs.

“This is the earliest dated British sampler to have survived, and its inscription commemorates the birth of a child, Alice Lee, two years earlier. Its maker, Jane Bostocke, who is known to have been a cousin of Alice’s and was buried in the village where she lived, may have lived in the Lee family household. The motifs at the top of the sampler relate to their family crests. The sampler is from a period of transition in the practical use of such items – between the 16th century and earlier, when they served as a reference piece for a more or less experienced embroiderer, and what gradually became their nature in the 17th century: a method of measuring and recording the maker’s skill.

The embroidery is worked in cross stitch and back stitch but there are examples of work in more complicated stitches showing that the back stitch was intended to be a grounding for further elaboration. Other stitches include satin, chain, ladder, buttonhole and detached buttonhole filling, couching in patterns, coral, speckling, two-side Italian cross, bullion and French knots and beadwork.”

The famous cross stitch sampler first appeared in the United States by the daughter of Captain Myles Standish, Loara Standish. The oldest known piece is housed at Pilgrim Hall in Plymouth, Massachusetts, and this stitch has been around since 1653.

Now that we’ve answered “where does cross stitch come from” and “who invented cross stitch”, let’s dive into some of the more recent history. This exciting part helps us to understand why this art form has become so popular in recent times.

Throughout Europe and America, children were encouraged to learn needlework skills by stitching the samplers. Samplers could feature anything from images and quotes to moral verses and songs. As time progressed, samplers became more advanced with more complex imagery and artistic flare.

For an unknown reason, the 1800s saw the artform decline in popularity, but the 1960s changed this and resurrected the style. The prosperous 60s saw people invest more time and energy into sampler making, and cross-stitch was used on household linens, tablecloths, and dishcloths. Cross-stitch was also used to make greeting cards, pillowcases, and coasters.

Since the 60s, cross stitch has continued to rise in popularity. People of all ages, genders and cultural background engage in the therapeutic artform. Businesses are dedicated solely to creating cross-stitch, and some of the world’s most famous artists engage in the style. The question “where does cross stitch come from” is somewhat irrelevant – due to the immense popularity today.

The most common embroidery style consists of six strands, and fabrics such as Aida and linen are used throughout. The thread count varies from design to design and helps determine the size of the finished stitching.

If reading this has piqued your interest and you would like to partake in this glorious art style, browse the free cross stitch patterns at Cross Stitch Vienna! 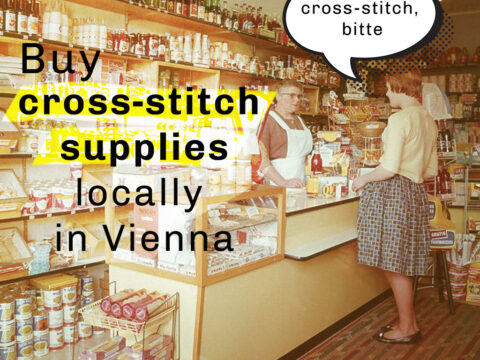 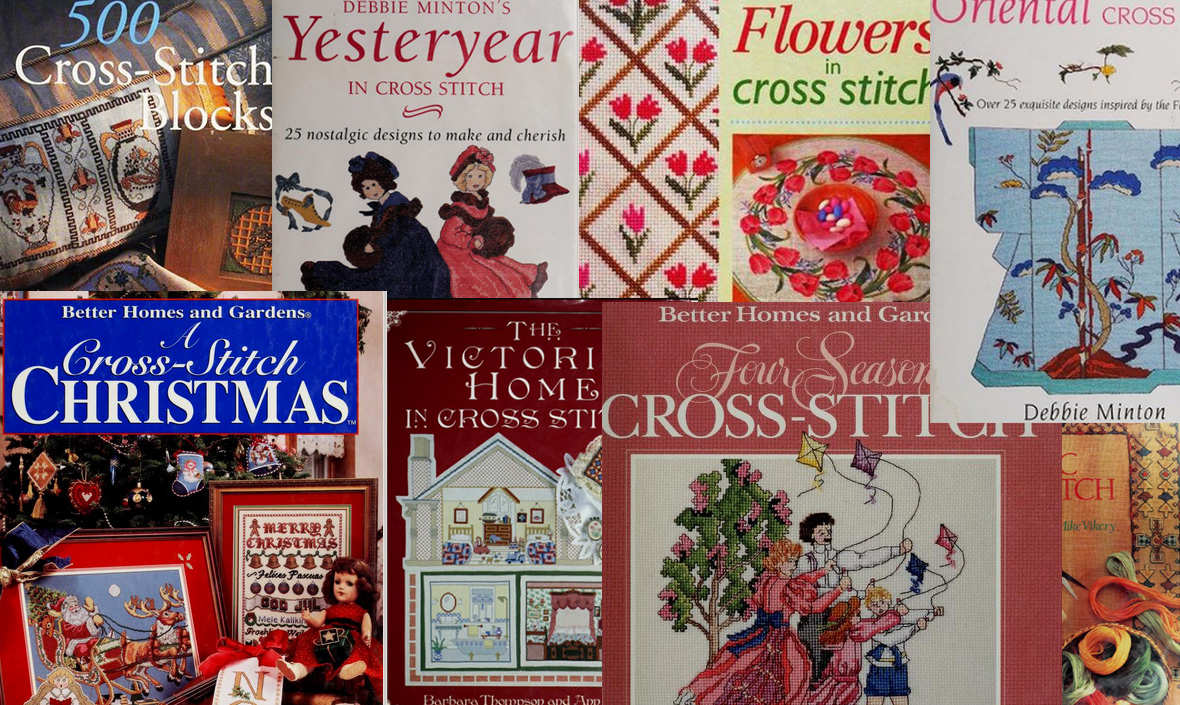 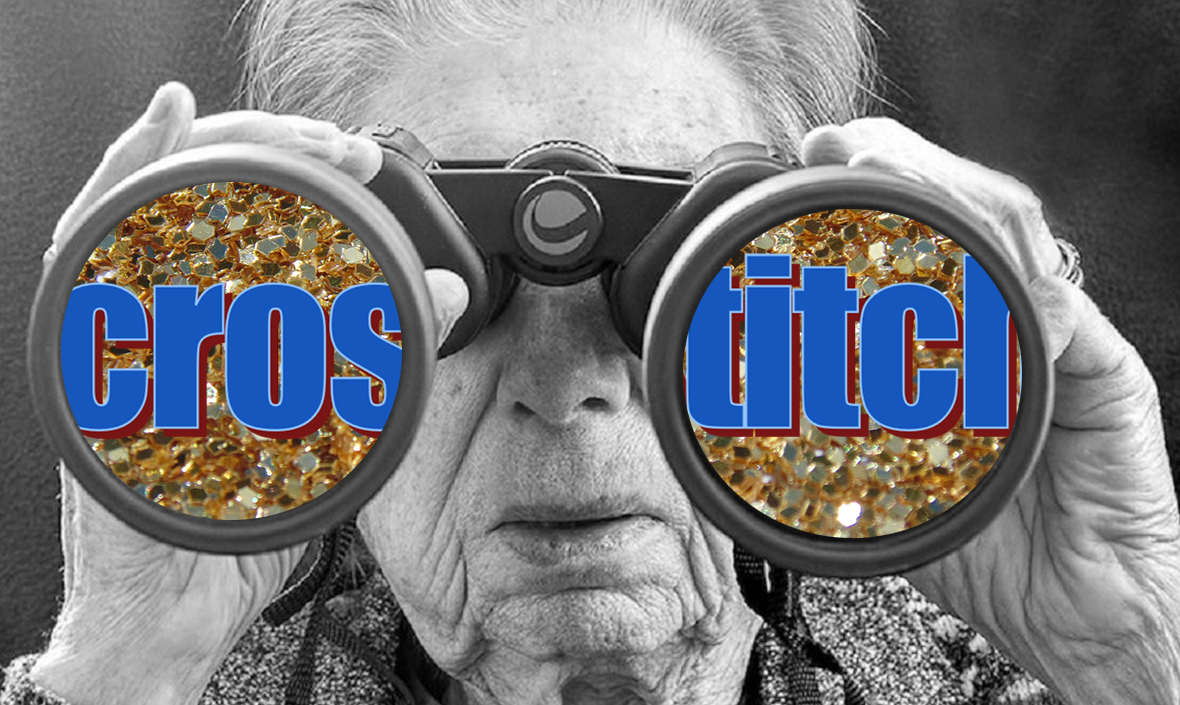 Author: Cross-Stitch Vienna
Cross-Stitch Vienna is a passion project created by an individual, who really needed a crafts project to escape the turmoil of 2020. It was established on the 5th of January, 2021, and continues to provide free counted cross-stitch patterns for those, who need a creative and offline distraction. CSV is based in Vienna, Austria, which inspired the name of the website.
Website

Top Three of All Time

Download the top three most popular patterns since the inception of Cross-Stitch Vienna! 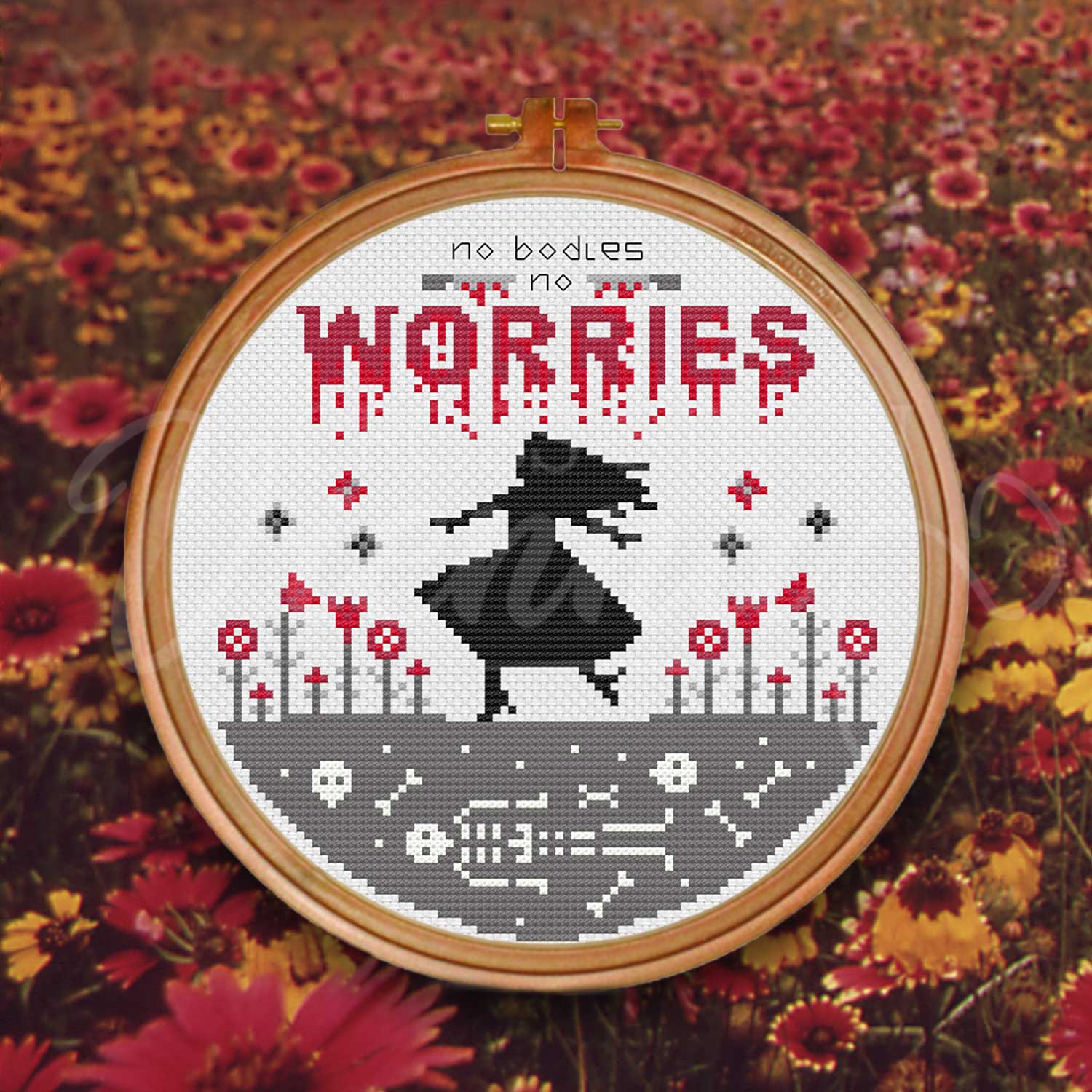 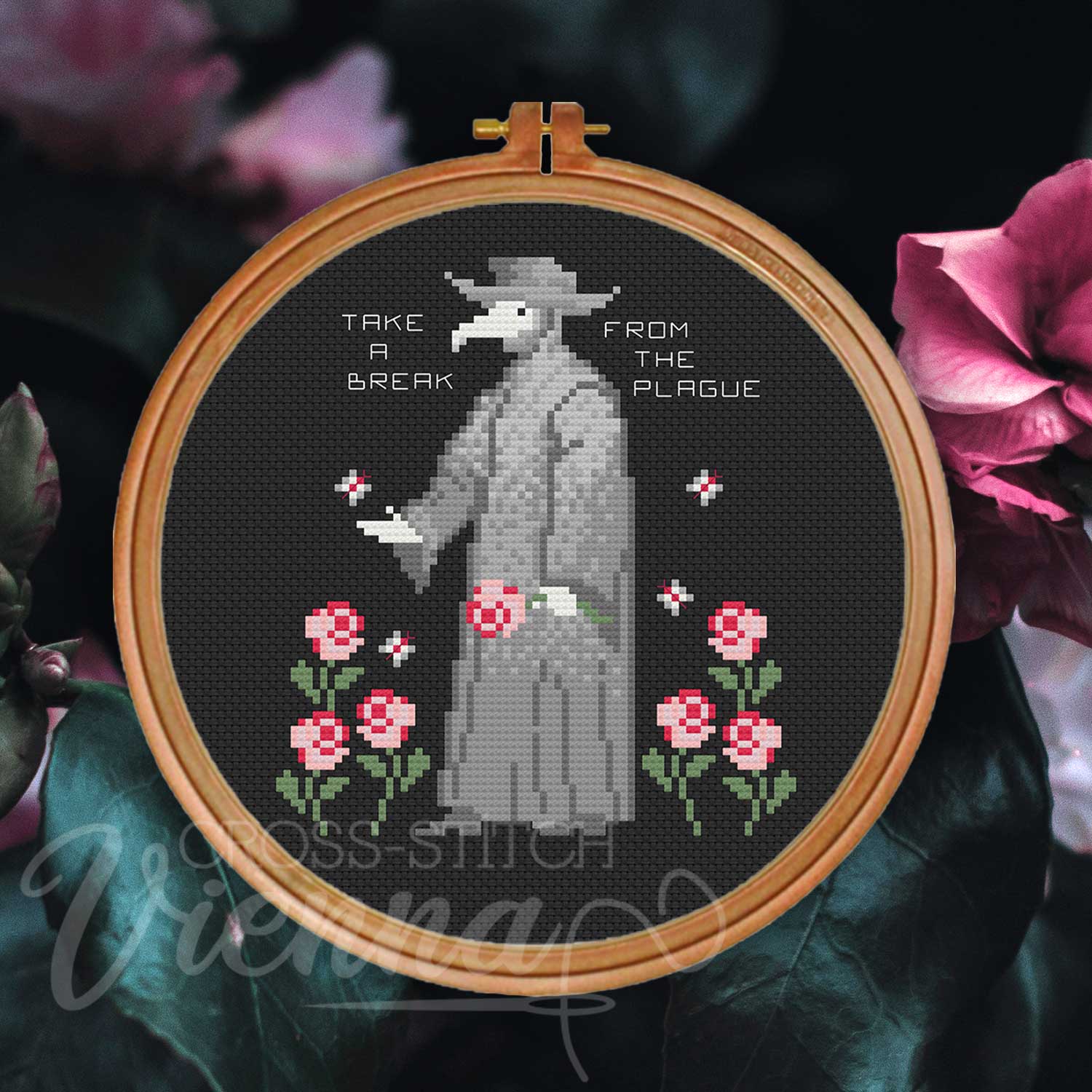 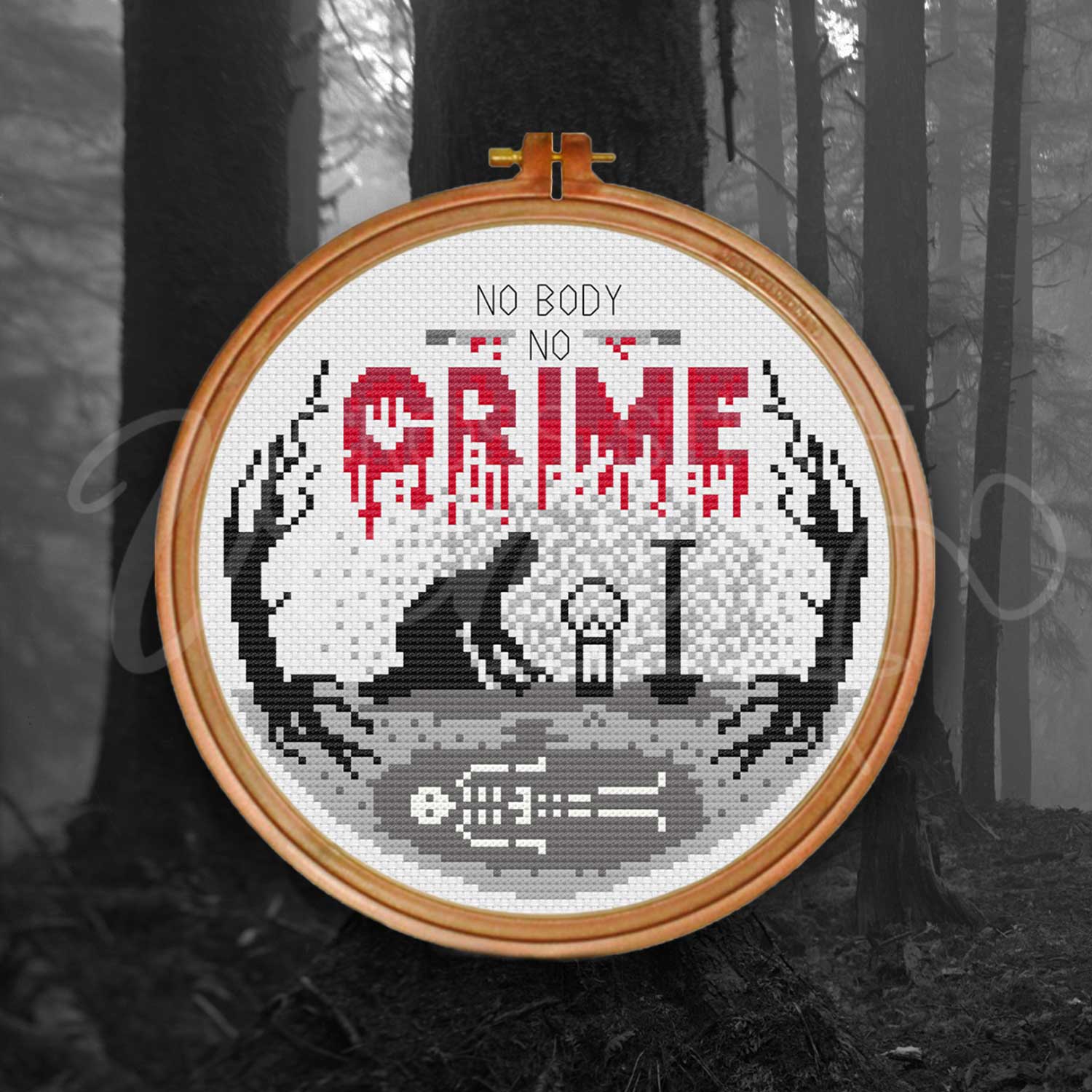 Thank me for free patterns with ☕☕☕ 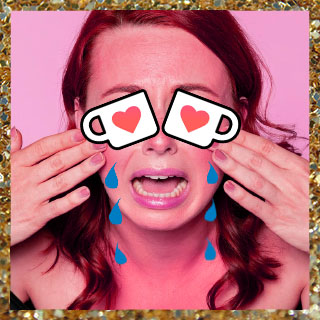